GAMERTROLL'S A-Z OF VIDEO GAMING: E IS FOR.. 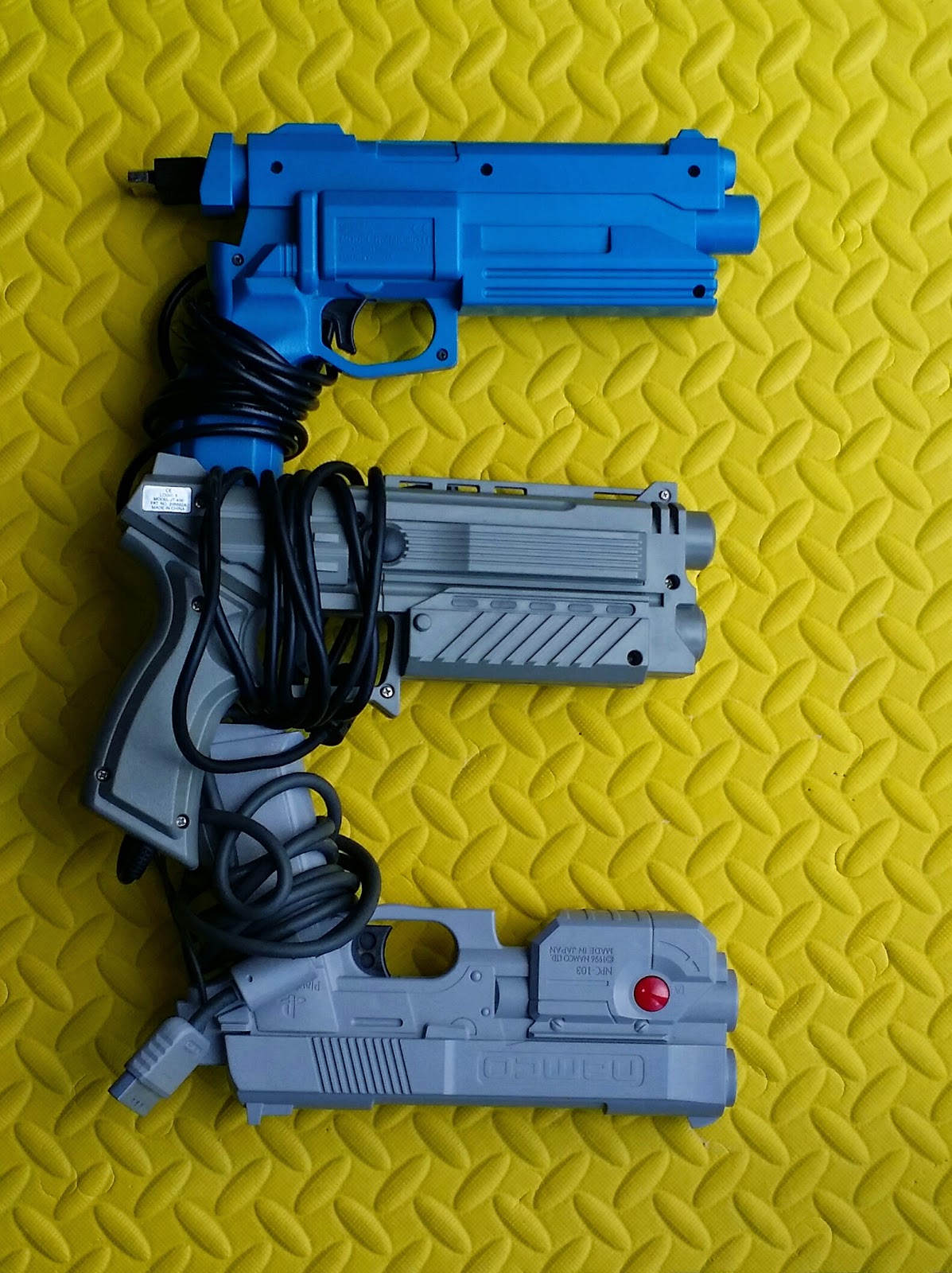 Everquest - Sony Online Entertainment's (SOE) fantasy MMORPG is Banned in Brazil for generating 'moral conflict'. Puzzled? Gamertroll hasn't started on the overreaching social issues and outlandish economic ramifications of this seemingly innocuous game about Elves, Orcs and Gnomes. Evercrack, as some players affectionately call it, is a commonly associated with gaming addiction. To such an extent in fact, that following the heavily publicised suicide of an Everquest 'user' the charitable organisation Online gamers Anonymous was founded.  Running from it's first appearance in 1999 to the present day, Everquest has seen 21 expansions to the original release. Despite the supposed prohibition of real-world cash transactions for in-game traded items and characters, the practice has been rife from the outset. Nobody knew how big an issue it was until 2002 when a BBC-commissioned Documentary to investigate the staggering scale of black marketeering uncovered that Everquest's virtual world was in real terms, the 77th richest country on earth, placing it comfortably between Russia and Bulgaria at the time. The game's GDP (Gross Domestic Product) per capita was found to outclass The people's republic of China and India. A follow up report made in 2004 calculated that the combined economies tied up in the virtual worlds of MMORPG gaming communities had a GDP equal to that of Namibia. As for the game, It's a direct descendant of the original MUD (Multi User Dungeon) genre with questionable appeal to non-addicts - You could probably have more fun nailing your nuts to your knees.

Eggman - AKA Doctor Ivo 'Eggman' Robotnik. One weird-looking bastard and Sonic's arch enemy back when Sonic games were worth playing. Cited as a clever riff on Teddy Roosevelt but Gamertroll can't see it. All Gamertroll ever saw was a moustachioed and endlessly reccuring level boss who liked turning cute woodland animals into poxy robots, a barely challenging irritation who only pulled his thumb out of his arse to change thumbs.

Electronic Arts - A monster publisher famously notable for it's monopoly on poe-faced sports sims and another eternal villain in the Games Industry. EA is usually the gamer's public enemy number one for their special party trick of aquiring beloved development studios shortly before callously shutting them down, but since 2014 both Activision's appalling exploitations of Gamer's finances and Ubisoft's commitment to churning out broken games have succeeded in pushing them out of the spotlight. Past casualties of EA's aggressive acquisition policy include: Bullfrog Productions, Maxis, Pandemic, Criterion, Batteries included, Origin systems, Westwood Studios, Brightlight, DICE, Danger Close, Playfish and Kesmai to name but a few. In 2013 The Consumerist awarded EA the title, "The worst company in America" or to put it another way, they're the least salubrious, crab infested slappers in the whorehouse.

EA Sports - Do you like sports but are lazy to get off your fat arse to compete? EA has got you covered. After pretty much commercially destroying all other sports game developers EA has virtually cornered the market on just about every inane real world sport anybody can summon a shit enough to pay for. Basketball, Ice hockey, both flavours of football and golf are just a few of their yearly updated, soul destroying lineup of banal activities on offer. If you are missing the part of your brain that governs imagination, then these are the games for you. In most cases EA has no competition for it's sports products so the question of how good they are really comes down to: how fast does a man run in a race with nobody else in it? Gamertroll did try to review FIFA 2015 but fell into a coma at the mere thought of playing it. Unless EA start doing something interesting, none of their sports sims will ever be reviewed here.

E3 - There are now many big game shows held annually around the globe but the E3 (Electronic Entertainment Expo) that takes place every June is still the biggest industry-only gathering. The first true E3 event held at the L.A. convention centre was in 1994 and coincided with the pre-launch buzz of the Sega Saturn, Playstation and Nintendo 64 machines. Now scooping by far the largest amount of big announcements, the show easily eclipses it's nearest rival, the once mighty Tokyo game show. Perhaps if the Tokyo game show had a bit more guns and bit less paedophilic schoolgirl games and pigeon dating sims they could make a return to relevance. For more on that, see Tokyo game show.

Earthbound - AKA Mother 2, this quirky1994 Snes RPG has a cult following. Unfathomably, it never officially saw european shores where it probably would have done better. Widely ignored and critically slammed, it took years for this title to gain it's retrospective acclaim. The game's protagonist Ness, now appears in every Super smash brothers game. Like so many restricted releases, it now commands healthy prices as a collectable. After much lobbying from its fanbase, the original game is now available for download on Wii U's virtual console from Nintendo shop if you're interested.

Eve online - Vast PC space-based MMORPG with gameplay possibilities almost as vast as the universe it's set in. Created in 2003 by CCP Games, Eve is an Everquest with space exploration and all the attendant economic skullduggery. EVE is notorious for the nefarious behaviour of it's online community and the fact that nothing is done to hinder this criminality or griefing. Robbing and murdering other players for their ISK currency is all par for this course. Space piracy, long conspiracy plots and sleazy heists are carried out between rival factions with not the slightest hint of outside moderation. Astonishing when you consider that despite prohibition against such practices, ISK is yet another game currency that can be exchanged for real world cash. EVE's complex history has been littered with crossovers into real life with very real financial consequences. One such occasion occurred in 2009 when The CEO of the player run-bank 'EBank' named 'Ricdic' withdrew 200 Billion ISK to pay for personal medical expenses. Yep, That really happened.


Epic - Created by Digital Image Design, This 1992 space combat game for the Atari S.T. and Commodore Amiga drew heavily from the mythos of Battlestar galactica. The resulting game was slicker than greased weasel shit on a polished door knob. Notable also for causing an biliously acrimonious war of words between It's publisher Ocean software and Amiga Power Magazine who unfairly gave it a critical panning.

E.T. - This was arguably the worst movie tie-in game of all time, if not THE worst game of all time. It would significantly contribute to not only the great Video game Industry crash of '83, but also to one of the most bafflingly absurd events in Video gaming history. In producing the E.T. 2600 game cartridge, Atari took on the impossible task of making a good game themed around Spielburg's blockbusting E.T. The extra terrestial 1982 Film. Obviously doomed to failure,  Atari only compounded the issue by over-manufacturing millions of surplus cartridges (3.5million E.T. carts alone were left unsold). When the full scale of the disaster finally registered at Atari's Sunnyvale Californian headquarters it was obvious that intelligent and decisive measures should be taken. Naturally that decision was to secretly bury those millions of surplus game cartridges out in the desert at Alamogordo, New Mexico.
This story has been widely regarded with skepticism as an urban legend for the last 30yrs, but since 2013 when permission was granted for documentary makers to excavate the site, over 700,000 carts have been discovered. A tattered example is now on display in the Smithsonian. Let that be a lesson to all doubters to never discount any possibility when it comes to the often surreal world of video gaming.

Elite - Programmed by an young Oxford university mathematics graduate David Braben: in 1984 Elite was a dramatic glimpse into the future of video gaming. Elite's space exploration, trading and space ship dogfighting core mechanics used deceptively simple wireframe 3D visuals to describe a universe of infinite depth that could be experienced in a surprisingly diverse manner of ways - What we now would describe as open-world or sandbox gameplay. Goodguy/badguy/pirate/slaver/explorer were just a few of the roles that could be taken when playing Elite. Gamertroll cannot find the sufficient rhetoric to describe how far ahead of it's time Elite was. Also see David Braben

Endie - Game slang for the end game or crucial final moments of an online multiplayer match. Watch out for those clutches!

Elder scrolls - Bethesda's superlative series of fantasy RPG games are now a kitemark for accessible quality. Like their post apocalyptic Fallout franchise, The Elder scrolls games combine huge scope with intricate detail and excellent storytelling. So far we've seen Dagger fall, Morrow wind, Oblivion and Skyrim and not one of them has been a duffer.

Evolve - An ambitious 1v5 multiplayer game where teams of human hunters are pitted against a fearsome evolving beast. Marred by a lack of 1 player content and the most shamelessly cynical campaign of Pre-order bonuses yet seen. Gamertroll did a feature on the game's Alpha test.

Esports - It used to be every gamer's dream that being an exceptional player could put a roof over your head and get you free games. Now it can give you a jetset lifestyle and string of sports cars in your drive way. Some countries revere pro gamers like pop stars, whilst tournaments (Like the COD world championship) are now regularly handing out 7-figure cash prizes.
There's a big catch though. Seeing as videogaming is probably the most accessible sport on the planet and every gamer practices for fun: being truly world class means you have to be extraordinarily gifted. Good luck with that.

Gamertroll Loves video gaming so much that the temptation to do an especially sarcastic and cynical personal version of it's all-time A-Z has proved too much to resist.

It could just be the most fun ever or equally the most backbreaking task taken on since King James suggested having the Bible translated into Swahili. Time will be the decider because it's happening!

Either way, this A-Z is a mammoth undertaking and to start with at least, each new letter tackled will only have a frame work to begin 'fleshing-out' as other entries come to mind.

The plan here is to present a comprehensive A-Z featuring the most significant Games, Video game lore and Characters, Industry figures, Game companies and associated cultural phenomenon; whilst slotting in amusing 'did you know'-style Video gaming trivia and links leading to relevant articles and Reviews found elsewhere on Gamertroll.uk
Please feel free to point out, "Oi Gamertroll, you've missed a bit!"If you want to add something you see missing or you simply can't believe that your favourite game isn't listed, post a comment below and Gamertroll will add it - with a credit should you so wish.

For example:Command and Conquer - A.k.a. C+C, seminal entry into the top-down Real-Time-Strategy (RTS) genre. In the interest of censorship the German version of the game had tiny robots instead humans LOL! etc etc etc.Shouted out by +Gamertroll dotUK

See? In that way you can attach your name to your favourite A-Z entry. Very much looking forward to your suggestions. (Please limit suggestions to Letters already published or Gamertroll's head might explode).

Email ThisBlogThis!Share to TwitterShare to FacebookShare to Pinterest
Labels: Article, E, E is for.., Gamertroll's A-Z of Video gaming