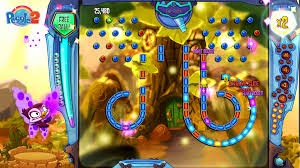 Popcap's original puzzler was an out and out sensation, Peggle's simple control interface attracted casual gamers whilst it's devilish later difficulty and compelling randomness appealed to all.


Time for a sequel right? Right?!

Whether it was time or not, where Electronic Arts is involved there is going to be a sequel regardless. 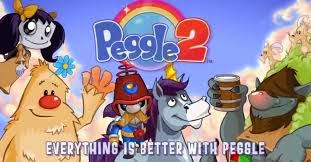 So here we are: Peggle 2! The idea with Peggle was to shoot balls to clear the screen of pegs. The order you remove those pegs and the type of shot you took determines player score and ultimately the number of balls available for use. Run out of balls with pegs left on the board and you're bolloxed. Game over.

Why is Gamertroll telling you about Peggle 1?Because Peggle 2 is exactly the same - with some insidiously baffling omissions. 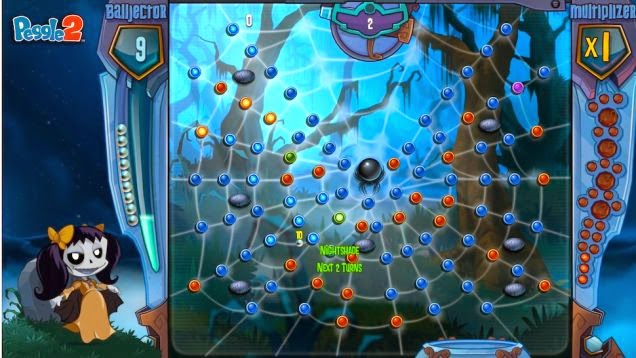 If Gamertroll was going to make a sequel to Peggle, the most essential ingredient would be innovation on the original premise. No attempt has been made to do this at all. Why couldn't there have been split-screen
head-to-head mode this time? It never made sense in the first game when positively ancient titles like 'Super Puzzle Fighter 2' and 'Puzzle Bobble' had them.. so why miss an obvious opportunity to put something right?
Why not introduce a new kind of special peg above the orange, green and purples? -Nope.
Why the conspicuous addition of nothing? 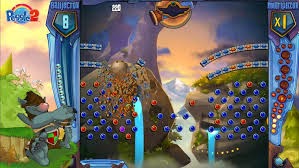 It would seem that instead of adding to Peggle, Popcap have farmed out a lazy copy in a higher resolution. Peggle incidentally, is a game that needs HD like the headless horseman needs a baseball cap.

Closer inspection unfortunately reveals that they have however fiddled with little things here and there, more often than not, to the actual detriment of the game. 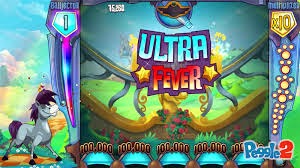 Take, for instance the scoring. Gamertroll was having a thoroughly enjoyable pass the pad session with a fellow Troll (the only way of play Peggle 2 multiplayer at home) and low and behold: up pops a monster score! Once the next game had begun a conversation arose regarding that previous score. Neither of us could remember it exactly, so the search began for the high score board. A long fruitless search.

In a simplistic game almost defined by the pursuit of scores, Popcap have removed the score boards!

There are no online leaderboards, nothing, it is maddening. Eventually Gamertroll has discovered that the game records DVR clips on 'Upload' of events it deems significant, scores or outrageously jammy shots; but you will have to review and save them if you don't want them auto delete at the end of the month. It's impossible to compare scores at a glance, what a bewildering gaff. 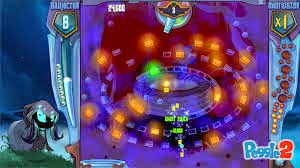 As with the original Peggle, there is a host of special characters to use. Essentially they are animated avatars that goof around at the sidelines, the only real difference between them manifests as individual super shots triggered by hitting the ubiquitous green pegs. Examine closely and whilst it all initially seems identical to Peggle 1, Popcap have made one fiddle too many here as well. Famously, Peggle has completely over the top music which fanfaired every victory to the extreme. The best example of this was Beethoven's 'Ode to joy' (you may know it better as the theme used in Diehard), which plays to celebrate clearing all the pegs on a stage. It used to play which ever character you chose, now it only plays if you choose the daft Unicorn character, Bjorn, whose special shot is not the best on offer.
It sounds like nitpicking but sometimes little things in a simple game make a big difference.

Popcap have missed a 'sitter' here. An open goal with the ball sitting at their feet. The failure to build on their success is lazy, and the thoughtless tweaks are just plain stupid.

Please don't think Gamertroll is warning you off Peggle 2, it's still a super game, nearly as good as it ever was and highly recommendable. It's just a crying shame Peggle fans have to make do with more of the same.

Therefore In a break from tradition Gamertroll will award two scores for Peggle 2: