TWITTER- Gamertroll Review - Available on everything, but best used on smartphones. 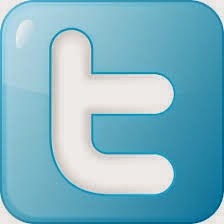 Did you watch Charlie Brooker's documentary 'How Videogames changed the world'? If not, you should.

Brooker points to Twitter as evidence of the progressive 'gameification' of our lives, going on to expose it for what it really is - a Videogame.

Bearing that in mind, Gamertroll thought it was high time somebody held Twitter up to the same level of scrutiny games endure by reviewing it as such.

Everybody at this point has some idea what Twitter involves, even if they haven't played it yet. The core idea being, that the facilitation of fluid communication between players will lead to the unique opportunity to gain timely, relevant information and/or states of personal amusement as a result. 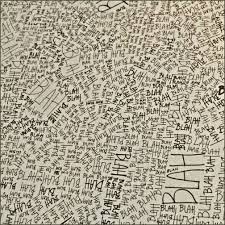 Key to achieving this dynamic, the player is only afforded 140 characters with which to publish a comment. Links and photos can also be added but Twitter is all about these soundbites. This 'snippetting' of user content is designed to force the concise, meaningful communication necessary to achieve Twitters quasi-hivemind.

Plugging into this hivemind and cherry-picking what you want from it, pretty much constitutes the core gameplay, with the agreement or approval from other users (measured by 'retweets' and 'favourite' stars) providing the game's ultimate reward. Can you produce a viral tweet? - that's the draw.

The mechanics employed to sort this torrent of user-generated information are elegantly simple, either by 'mentioning' other users or placing the now infamous hashtag before keyphrases.

For example, type '#WhatIsTheFuckingPointOfTwitter' and you'll be filing your comment with hundreds of others asking that profound question.

Perhaps this won't come as a shock to you and maybe it's just because I am a big, horrible Troll but I just don't 'Get' Twitter. It's attraction perplexes me.

Having spent a couple of months of trying to engage with other players, trying to find even the smallest scrap of interesting material or titter of amusement, Gamertroll has drawn a complete blank.

It's a crying shame because they say Trolls really love Twitter. They must have meant human 'trolls' who threaten, hurl abuse and stalk others on the net. I can see how it might hold value to them.

Even if you're not a Troll, having nobody who you know already using Twitter presents a significant obstacle. You will frequently wonder if your comments are visible at all. Unless you're a talent-less Pop-idol, spouting diuretic non-sequiturs, your interactions can appear a tad ineffectual..

Gamertroll found that the small number of fellow Trolls he did know who use Twitter, do so purely to make business announcements or drive internet traffic, seldom commenting at all. Not very interesting.

The plan to counter this darth of entertaining input was to search out and 'follow' the feeds of favourite celebrity's or public figures (BTW Stalkers must love this game feature).

This game strategy fell flat on it's face too. As it turns out having your communications rendered down to less than 140 characters and presented in slobby text dialect leaves even the most famously intelligent and humorous individuals sounding stupid and unfunny. Take Stephen Fry for instance, a famously prolific 'Twitterer'. His tweets are incomprehensibly mundane and humourless. How is that even possible?

Even as an up to the minute source of information twitter fails miserably to deliver. Due to humanity's inherent stupidity, hoards of 'trending' topics such as 'Kim Kardashian's blotchy suntan' or 'Justin Bieber's skinny jean torment' eclipse truly gripping and important global events. 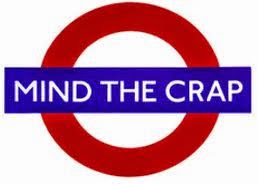 Worse, half the topics are complete fallacy - hoax and gossip are seemly the lifeblood of Twitter. Leave the facts at the door and Believe nothing you read on there.

This compound failure to deliver entertainment or inform, more than anything else means that even given away free, Twitter feels worthless beyond expression to Gamertroll.

To many the simplified social interaction and finding new ways to get their comments 're-tweeted' and 'favourited' will provide motivation enough to burn every spare moment bent over their smartphone.

After months of critical evaluation, Gamertroll views Twitter little more than  a meaningless bag of piss and wind. A juggernaut propelled by the sheer volume public stupidity.

Gamertroll's assessment could be horribly skewed, it is after all quite plausible that the play experience improves considerably if you're famous. Narcissistic self-promotion needs little more to gain traction on Twitter than the typing out a grammatically shambolic description of what you had for breakfast or an equally dreary account of how tired you are because of the roadworks outside your hotel.

Maybe if Gamertroll had millions of followers he could assess Twitter more fairly. Follow me and I promise to follow back. See for yourself the worlds worst Twitter...rer.

1/10
unequivocally the most massively multiplayer game ever constructed, but to what end? The plot is a mess and the Graphics are fucking atrocious.
Twatter more like.
Posted by Unknown at 14:19