TROLL NEWS: Who took a hatchet to Destiny's storyline? Horrifying revelations of a cover-up revealed. 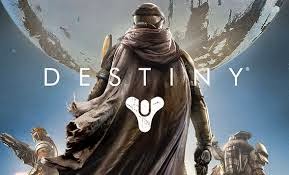 Have you played Destiny? It's a 'good' game, Gamertroll reviewed it as such, but anyone can see that the story line is sparse and queerly uneven. That's the biggest single reason why Destiny has been up for so much criticism in the press.

However, It would appear the mystery as to why Destiny's plot feels so thin and incongruous, is being slowly uncovered, A bucket of earth at a time, like a corpse at a crime scene. And make no mistake friends, this is a crime scene.

Check out this horrifying correspondence written by an anonymous former Bungie employee known only as 404Architect.
There's some revelations here, but have a tissue ready - it's sad reading for any gamer.
http://www.bungie.net/en/Forum/Post/70902004/0/0/1

Ever wondered how the biological character builds could be just found in the wastes and 'switched on' at the start of the game?

-That'll be because some moronic executive decided to have two other race's individual prologues scrapped. Now everybody sees the roughly 'stitched in', homogeneous Exo prologue for all races. Damning evidence indeed. 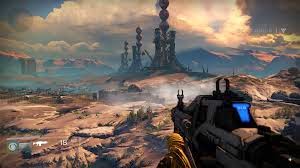 Furthermore, Seemingly not a day goes by without new evidence surfacing to support claims that Destiny's plot had been judiciously pruned, hackneyed, butchered and apportioned into cynical DLC content to be sold later. Half this content has already been discovered on the game disc itself.

All these little pieces of evidence are coalescing to expose a hitherto secret and cataclysmic event at Bungie headquarters. It's now obvious that Destiny's development process was critically undermined in the 7 months prior to launch.

It was at that exact point that Bungie experienced a number of high profile staff departures, the most instrumental loss being Bungie's lead writer Joe Staten. It's a sensible assertion that they left in disgust over the forced changes. Whatever happened, the creative powerhouses at the developer didn't get what they wanted and left. Bad news for Destiny.

The more digging that is done, the more bodies that are unearthed and It is clear that we've all missed out on something very special thanks to the hap-hazard monetization of Destiny by Corporate Toss-pots. 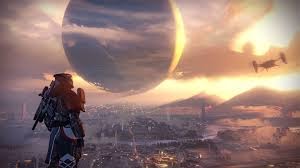 The $500,000 budget which should have taken Destiny to another level in quality, instead put a bulls-eye on it's head. This bulls-eye attracted a host of disastrous circumstances to unfold, not least the attentions of Flap-headed corporate goons who proceeded to forcibly insert a greedy 10 year profit plan straight up Bungie's collective ass, destroy the plot, jumble content and force the departure of top staff likely compromising Bungie's future viability as a quality developer. One thing is for sure, Bungie won't be working on anything else remotely interesting for the next 10 years.

Look at Bungie carefully, observe their employee correspondence and public statements... Do you see it?
The stink of shame and disappointment. Painted-on smiles presiding over their zombie of a game. This was to be their ambitious masterpiece, gamers were in for a rare treat.. then big business forced them piss all over their baby.

Gamertroll feels genuine sympathy for the team at Bungie, they've been pushed into humiliation and lost their integrity, now they can't even talk about it, much less point the finger at the culprits.

Most whispered allegations put blame on Activision for this scandal, but those in the know will spot that in reality the blame game is not nearly as clear-cut.


Those among us with a memory better than a goldfish will also recall Sony's much vaunted partnership with Activision, likely another valid avenue for recriminations. Activision's reported slavish deadlines and uncompromising stance with Bungie during development could well be linked to pressure from Sony, Who were in turn 'infamously(!)' seeking to market Destiny as a 'first-party' title.

Gamertroll wonders just how much Sony would like to be considered a 'first-party' collaborator to this sorry chapter in gaming history? As This Troll recently pointed out, Sony UK boss, Fergal Gara, was only happy to overplay his company's involvement in Destiny's development cycle.

We'll have to see who takes the brunt of the backlash in this, but Gamertroll hopes that the real culprit will be marched to the Hague, put on trial for crimes against videogaming and subsequently shot by a partially-sighted firing squad.


*Footnotes*
404Architect's correspondence has been declared fake by Reddit.
Gamertroll's report should be treated purely as a personal opinion.