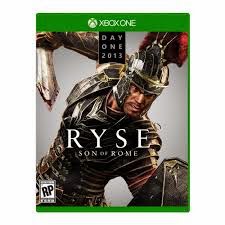 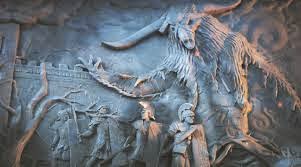 Out since the Xbox One's November 2013 launch, Ryse: Son of Rome (RSoR) was a game that took a critical bitch-slapping at the time. Hardly anyone played it as a result and many jumped on the bandy, extracting the urine without ever seeing it moving, let alone playing it.


Gamertroll didn't play it admittedly, only Titanfall's release the following March justified bringing an Xbox one into the cave. This month's release of the PC version brought the title back on the Troll radar and pure curiosity more than anything stimulated this review. 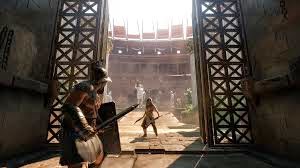 It doesn't take long to see this is a tremendously polished game. RSoR has all the buzz and optimism of a favoured launch title. The cinematics and character models are top shelf, the graphics are similarly immense. Take the British isle stages (A.k.a. The Edge of the world) for example, they are astounding. Hand on heart RSoR contains the finest example of primordial swamps and ancient woodland environments yet depicted in a videogame. 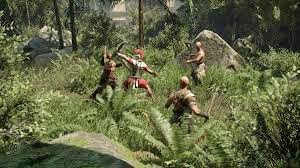 Granted, there's plenty of targets for legitimate criticism. Yes, your enemies run through each other in an ephemeral Dynasty Warriors-esque fashion; yes, the execution attacks are entertaining but ultimately samey. As with many modern titles there's a too vigorous nod toward accessibility with all paths, buttons, and interactive objects rendered all-too-obviously. They eliminate any problem solving element by glowing luminously in your field of vision. Above all it's arguable that the simplistic combat is closer to a Quick time event (QTE) mechanic than to the functionality of a true beat 'em up. Then you've got WTF!? moments like the scene where Ryse takes an improbable swim in full centurion's armour.. but hey, artistic license right? 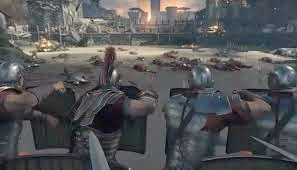 Even accounting for these agglomerated irritations RSoR is still an amusing jaunt. It's especially helpful that the game's not dragged down visually by having a cross-gen development regime.

Despite the game's pretensions to historical authenticity, the plot takes some pretty huge liberties with historical figures like Boudica. Gamertroll won't spoil it but expect 'Braveheart'-scale tweaks to widely established historical fact: remember the scenes where the imprisoned William Wallace had a preposterous sexual liaison with the princess of Wales? That sort of ridiculous. 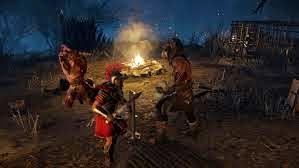 A word now on the multiplayer modes: they're soulless, tacked-on affairs taking form of survival and co-op gladiatorial arenas. These modes just serve to hint at how good a co-op campaign could have been and fail to ignite any interest in their own right. Hardly anyone else looks bothered either for that matter, judging by the lack of online players found in matchmaking.

All that being said, RSoR is the nearest thing to Ridley Scott's 'Gladiator' film to be found in playable form, It's fiercely cinematic with terrifically realised Characters and simply gorgeous to look at. By the time Gamertroll had got to grips with the 'Edge of the world' campaign in the British isles it had become readily obvious that Crytek studios has achieved a visual splendour in their much maligned launch title unsurpassed by anything pre-'Destiny'. 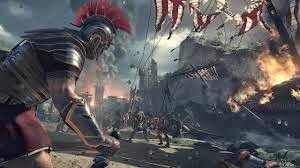 If luscious visuals can lose you in a game, their value becomes far greater. Do you like daydreaming over ancient history, taking in astonishing vistas and planking the shit out people? Then don't miss out on this title just because of some pretentious reviews.

Maybe Gamertroll watches too much History channel because for this Troll even if RSoR isn't the best game, it's certainly a graphical showcase and an excellent gaming experience.
7.7
Posted by Unknown at 00:34