Killing Nazis is a favourite videogame pastime for Gamertroll. Killing Nazis is, quite simply magic. In fact Mr and Mrs Gamertroll often unwind by popping Nazi skulls with an STG44 - It's our equivalent to having a nice picnic. 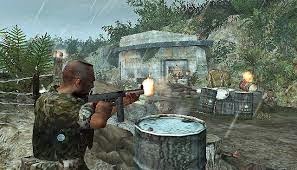 There's a problem though, Wolfenstien's warped timeline not withstanding, gaming seems to have fallen out of love
with zapping Nazis in the brain pan. There was a time where you couldn't swing half a cat for WW2 FPS's, a time where the Call of Duty series stood head and shoulders above Medal of honour and the rest.

What did Call of Duty's developers do once they'd forced their competition into diversification? Why, they promptly ended production of WW2 games themselves of course!

Now we have an endless cycle of Modern Warfares and Black ops, year on year, Infinity ward's effort one year, their twin development studio Treyarch with theirs the next: leaving World War 2 games out in the cold somewhat. 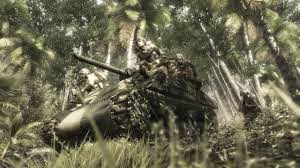 That in turn leaves gamers who are still awed by the horrifying scale and gravity of humanity's last big 'bust up' with a stark choice.. return to Treyarch's 2008 game World at War or lump it.

Luckily World at War (henceforth WoW) is a spectacular game. After nearly 7 years(!) it is still enjoyable to pluck out every once in awhile. No nonsense here, just pull the trigger and listen to 'em howl.

The Characterisations and Voice acting are of unsurpassed quality even today, Gary Oldman's Russian officer 'Resnov' is unforgettable (Earning him a cross-over appearance in the later Black ops) whilst Kiefer Sutherland also turns in a excellent effort as a Sergeant in the Pacific campaign. 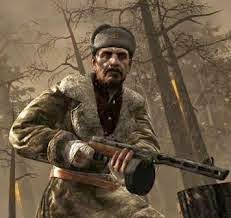 The Russian and American narratives mix things up nicely offering their own unique distractions like commanding tanks and manning the turrets in a seaplane rescue. WoW's campaign will leave a mark on you that is sure.

Likely the reason WoW feels so fresh is largely due to the fact that nobody has made a significant effort to pick up the torch and make a similar WW2 game since it's release. It represents the high water mark of efforts to portray WW2 in videogames before the industry turned it's attention elsewhere.

The game's focus is on the gritty, desparate last chapters of the WW2, which only serves to lend the atmosphere added gravitas. Apart from an epic stage in the very first Call of Duty which featured the final Russian attack storming the Reichstag hiding from a hail of bullets behind moving T34 tanks, previous Call of Duty games and other rival series mostly focused on earlier events in the war (Normandy landings, the north African campaign,  the battle of Kursk etc) they hardly touched upon the gruelling American pacific and Russian campaigns, the horrid end chapters of the War. (No, Gamertroll isn't forgetting EA's Medal of Honour: Rising Sun - rather ignoring it as the utter gash it was.) 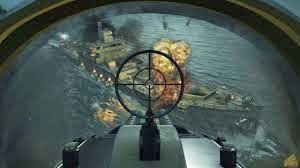 Other than the sheer pleasure of bashing the axis of evil, there's another feature that brings Mr and Mrs Troll back time and again to WoW: it has a split-screen Co-Op campaign. Remember those? The stingy feckers never bother to include those anymore. Not only do you get almost every mission replicated for this two player mode but you can even set up a thoroughly inappropriate competitive scoring system. Online the campaign player count swells to four - that's 2 more people to shout the eternal petition, 'Revive me you selfish bastards!'

Speaking of inappropriate, WoW was the first Call of Duty game to incorporate the Nazi Zombie sub-game. It's an enduring and much loved series staple to this day and is as much fun here as it ever was. 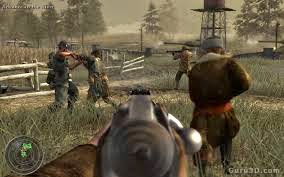 To round things out here's a multiplayer game for 2-18 players, perk leveling system and all, Gamertroll remembers it being good although Lord knows if fans are still playing that. Probably.

All told Gamertroll started out reviewing WoW at Mrs Gamertroll's request, but most gamers out there are still primarily playing Xbox360 and PS3, and many new to gaming.. how many don't know about this gripping, gem of a game?

If that sounds like you, Gamertroll urges you stump up the paltry sum to buy it (what £4.00 GBP 2nd hand?). WoW is still relevant, a quality shooter packed with content and it's only based around the most significant bloody event in human history.