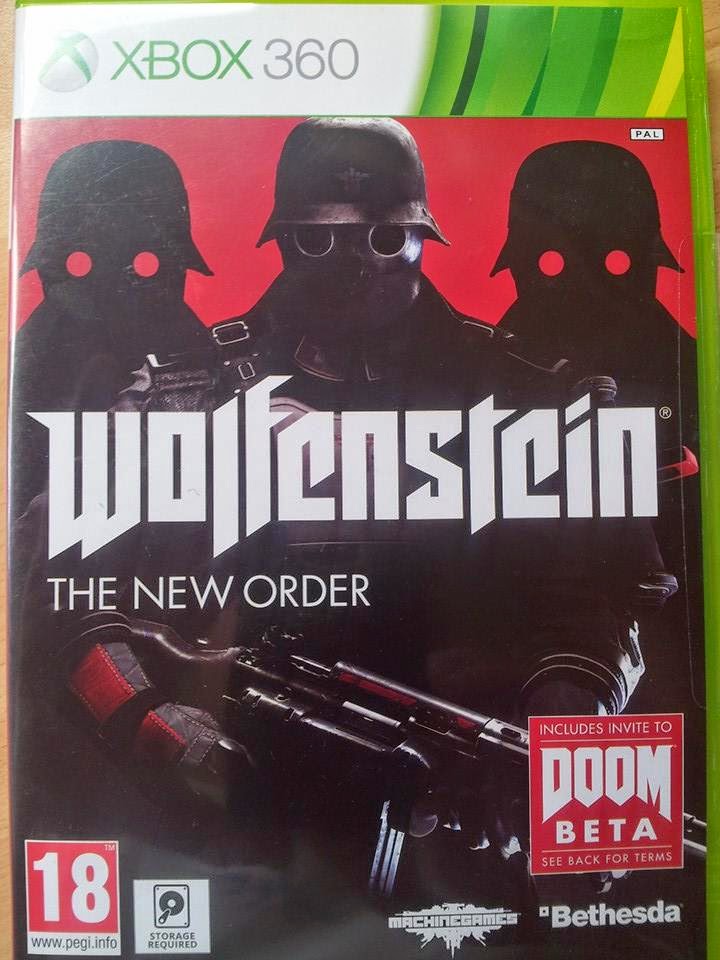 Ah, that'll be the original old school shooter your thinking, a hardcore slugathon where you blast the living shit out of evil cyborg Nazis whilst righteously laughing like a maniac all the way through. Right?

And you'd be correct too...
excepting all superlatives.

First impressions, however, will visit any veteran gamer with a profound sense of disappointment. The game initially thrusts you into a world of murky, low rez textures and dismal concrete bunker renderings that make you wonder if you've somehow stumbled into a gaming time warp.

Quite astonishingly, elsewhere in the gaming media this game has scored highly with extra credit awarded for a modern standard of visual quality mixed expertly with a wittily referenced old-school approach.
Yeeeeeeeeeeeeeeeeeeeeeeeeeeee-really?

Gamer Troll was there when Wolfenstein 3D blew the bloody doors off and baptized a new and magnificent videogame genre. I marveled like everyone else at the birth of the first-person-shooter. When I think about it, you humies should feel a rare sense pride in your kind, considering that the first 3D, first-person-shooter was invented purely to simulate the cathartic slaughter of Nazis. Videogames really do bring out the best in you.

On first impressions this game appears to suffer from the tiresome mediocrity that all subsequent Wolfenstein games have been afflicted with. Fair to say, they have all been proper shite when compared to their progenitor.
First impressions though can be misleading.

Yes, it's lazy and innovation-free. Shockingly I even found places where bad clipping allowed one to fall through the floors... is there a gametester in the house?

But...
There's a big but. (Shush you)
Gamertroll thinks the production of this game, is quite unique when set against it's forebears; it actually mattered to someone producing it at Machine games. Give it a chance and you'll see it too, there's craftsmanship to this sequel. 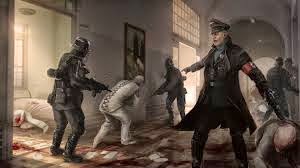 Almost every initial reservation I had about the game is addressed as soon as you move beyond it's introductory stages.

Why anybody sought to begin things so dismally is a mystery to me. Persevere and the quality will emerge in due course.

The background score is excellent, with the expected heavy metal sometimes giving way to knockoffs of classic 'Massive Attack' bass lines in times of high tension. The narrative is also brilliantly apt, deliberately thoughtful and meat-headed all at the same time. You will love the knuckle-cracking meat-headedness!

In short, even viewed through the lens of a Troll that fully expected to be disappointed, Wolfenstein is actually a pretty good waste of time.

If you previously liked this series but have since tired of the mediocre sequels spewed out in recent years, I urge you to give it a whirl.

It's been a long time since anybody gave you a Nazi-killing game as good as this.