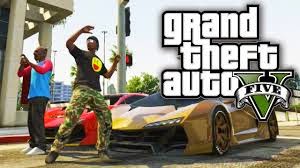 With the November 18th re-release of Rockstar's enhanced GTA V for Xbox One and PS4, speculation as to exactly what extras will be included on the package has been rife.
A new coat of paint is just not going to cut it for many who've completed it previously.

Que today and the appearance of a half-finished post which lists significant new game features being 'accidentally' published on Rockstar's official website. Although the post was immediately removed, an unnamed 'Reddit user' has reportedly recovered a hidden cache file from it. Clever munchkin.

The cache contains some generally boring blurb detailing individual graphical improvements and the like, but then we have this far more intriguing snippet of new features:

---A brand new first person mode for vehicles that shows the interior of the vehicle, including working speedometers, tachometers, dash lights, and more.
---A brand new first person mode while on foot.
---A wealth of new easter eggs and random events for Story Mode.
---New animals roaming Los Santos.Players that transfer characters from Xbox 360 or PS3 will receive free new weapons and a free garage in GTA Online.
---Newly overhauled character selection screen. 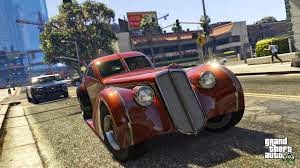 The details of a new first person view in when on-foot and the first person in-car view are tantalizing prospects if true.

The new in-car view represents a huge undertaking by the developer when you consider the sheer number of cars found in the game. Unfortunately, as a result the odds are heavily against it - Gamertroll thinks it would be easier to transplant a beach 20 miles up coast with a pair of tweezers, a grain at a time.

Is this 'leak' a hoax? If Gamertroll had to make an educated guess, it'd be no. The logic being Rockstar rarely bother to generate their own publicity - the endless controversy surrounding their games always provides them with enough of that and they simply court that.

No, this has all the hallmarks of a genuine cock-up.
The problem is that just supposing list is genuine hardly guarantees both new views will find actual inclusion in the final game.
Posted by Unknown at 20:30