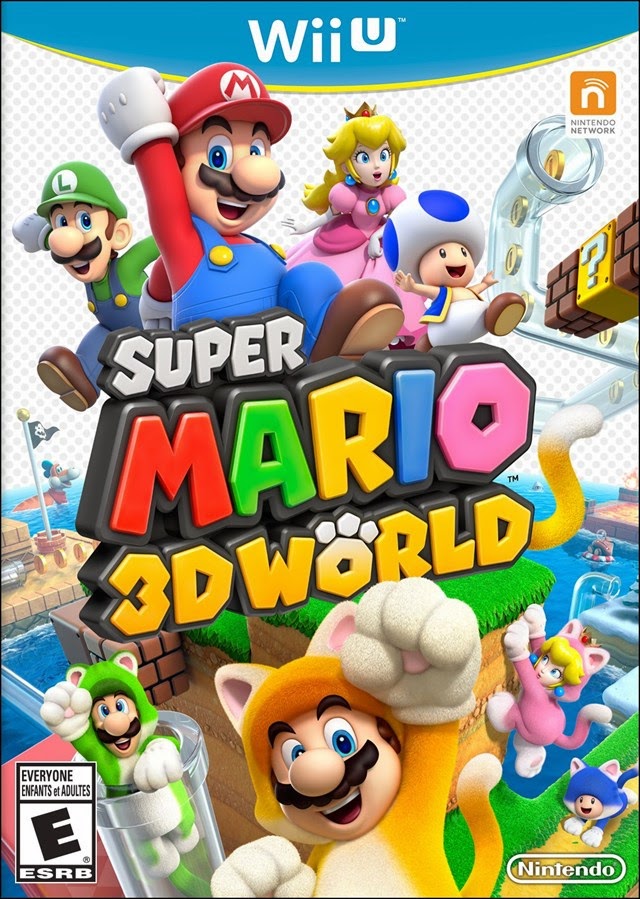 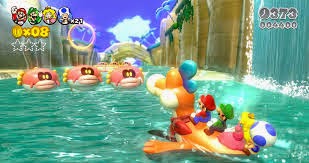 Gonna make this one relatively short and to the point. It helps that if
your reading Gamertroll, your not likely to be a casual gamer and as such need no preamble on a Mario game.

Every feature and character that has made these games successful is front and center in Super Mario 3D world, if however, you were expecting an up-scaled rehash of the 3DS's critically acclaimed Marioland 3D, that's not just what your getting here.

SM3DW (bloody hell! Hardly shorter is it?) Has been redesigned from the ground up, with graphics and game mechanics tailored perfectly to make use of Nintendo's Surprisingly capable Wii U. 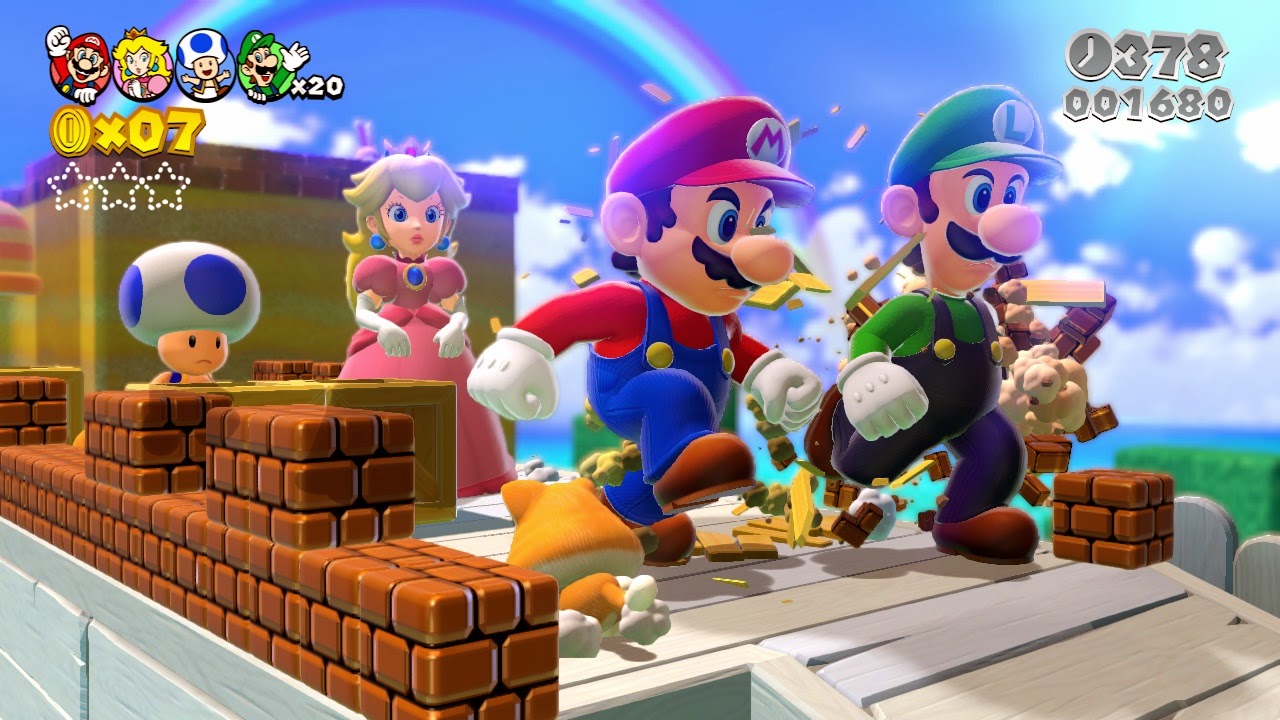 As with Mariokart 8, Yet again the Wii U shocks with it's uncanny ability to display luscious, tactile worlds. This is Mario showcased graphically in a way you haven't seen before. The delightful solidity bestowed on the character models and vibrant levels is such that you feel that you could reach out and flick the coins out of the trees, pinch the little dust clouds kicked up by dashing and even lean forward and give Toad a well deserved slap in head.

Alas, you can't flick the coins out of the trees, but you can blow them out by blowing on the Wii U controller. This technique can also be used to expose invisible objects - Wii U controller screens across the world are literally dripping with saliva. If you not squeamish, you can poke your fingers around in the spit, pressing your controller's duplicate image of the big screen view looking for platforms to finger-tap and activate allowing access to new routes and areas. A bit of a faff when your in a hurry, but all in good fun.

There's little to complain about, perhaps there's that it's too easy and feels short in comparison to the 2D Mario titles like 'New Super Mario brothers Wii U', but ever was the case with Mario's 3D outings and at least you'll swear less. The old fashioned location maps are also not as imaginative as Mario 64's jump into paintings navigational artifice. The Mario Galaxy games put SM3DW in the shade somewhat too, simply by their sheer invention. 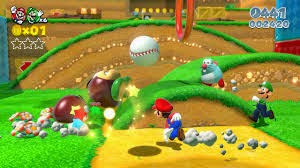 Those criticisms aside, SM3DW is the best current platformer available and there's still plenty of new stuff to have fun with. Visually superlative and bursting at the seams with charm, it's a another game that proves Nintendo's unique development process still works.