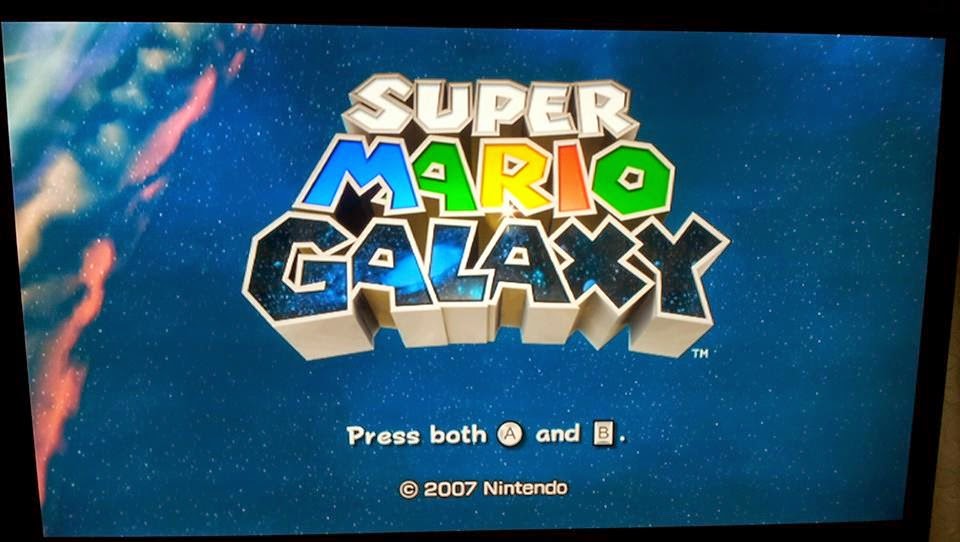 You may ask why is that horrible Troll reviewing two games from yonks ago..?

I didn't play them until now, that's why! I feel ashamed and I'm putting it right. OK!?
Anyhow, they're relevant because the Wii U is backwards compatible with Wii games and Gamer Troll being a trifling grumpy sort at times had left the Wii to all the casual gamers and noobs I'd supposed it was designed for. By mostly avoiding Nintendo's Wii phase I hadn't the chance to play the only 2 games I'd thought to have missed out on until now.

Damn. It's Immediately apparent that I really missed out on the Mario Galaxy games. How many others did too, I wonder? Let that be a lesson to all 'Core' gamers, everywhere - always buy every games console, every generation or you WILL miss out. 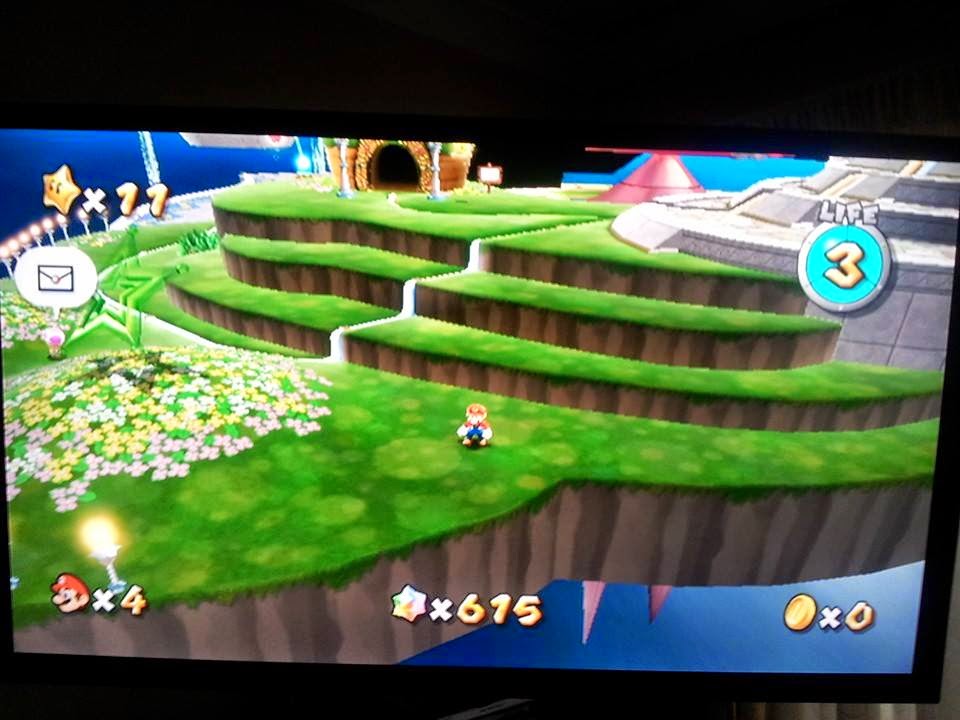 The critical acclaim these games received back in their day was heavy, 10s all the way and I never doubted the veracity of those claims. It's simply one thing to be told a game is a masterpiece and another thing entirely to understand why it is a masterpiece through personal experience.

Gamer Troll was sawing his way through 'The new Mario Bros. Wii U' when these old Mario Galaxies arrived at the cave. Work ceased. The aforementioned game is a fine reworking of Mario's previous 2D outings but the Mario Galaxies represent the pinnacle of the 3D platforming art form and taken as such, are more relevant and entertaining today than the new games. Even Mario 3D land Wii U doesn't quite encapsulate the ingenuity and wonder of these older Mario galaxy games. 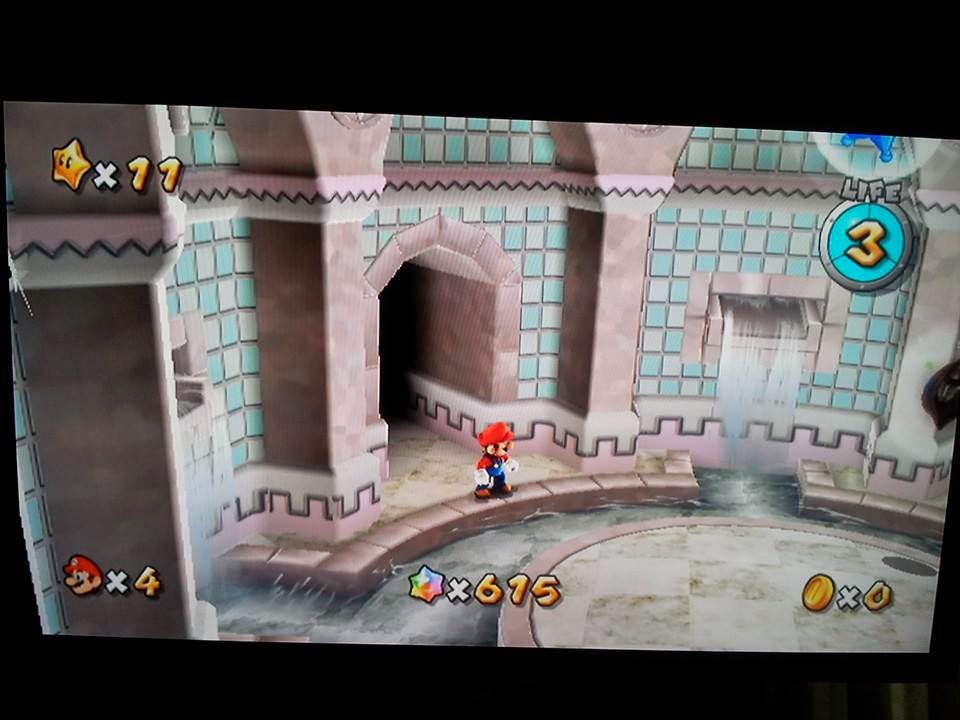 The topsy-turvy, gravity defying platform dynamic going on here will put a smile on your
face a mile wide. The nun chuck and Wii-remote controls are so well implemented as to elevate the entire experience further still. Platforming whilst pointing and shooting lightgun-style in order to stun enemies and collect pick ups etc is... well, still as good as anything else out there. 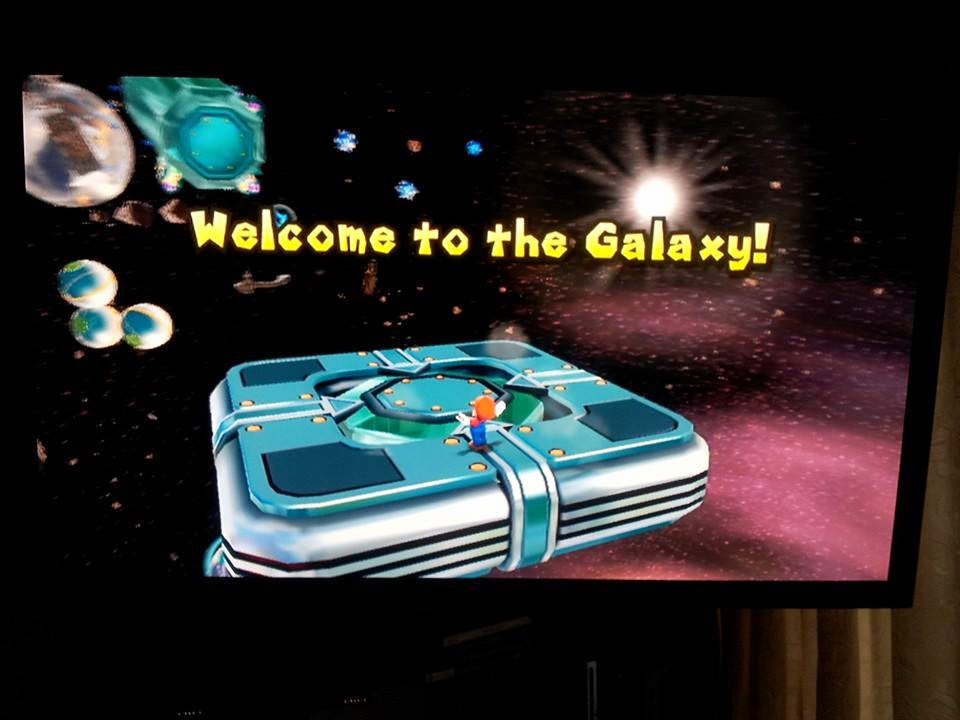 The sheer scope of imagination used in the level creation and their varied themes are, if anything, of an even higher standard than usual for Mario games and that is saying something. I fought a boss who was bigger in mass than the moon he was standing on, just marvelous.

My whole point here is just this: anybody out there who has the new Wii U or access to a dusty old Wii and has not discovered these games yet - make sure you get hold of them, It's not too late. The passage of 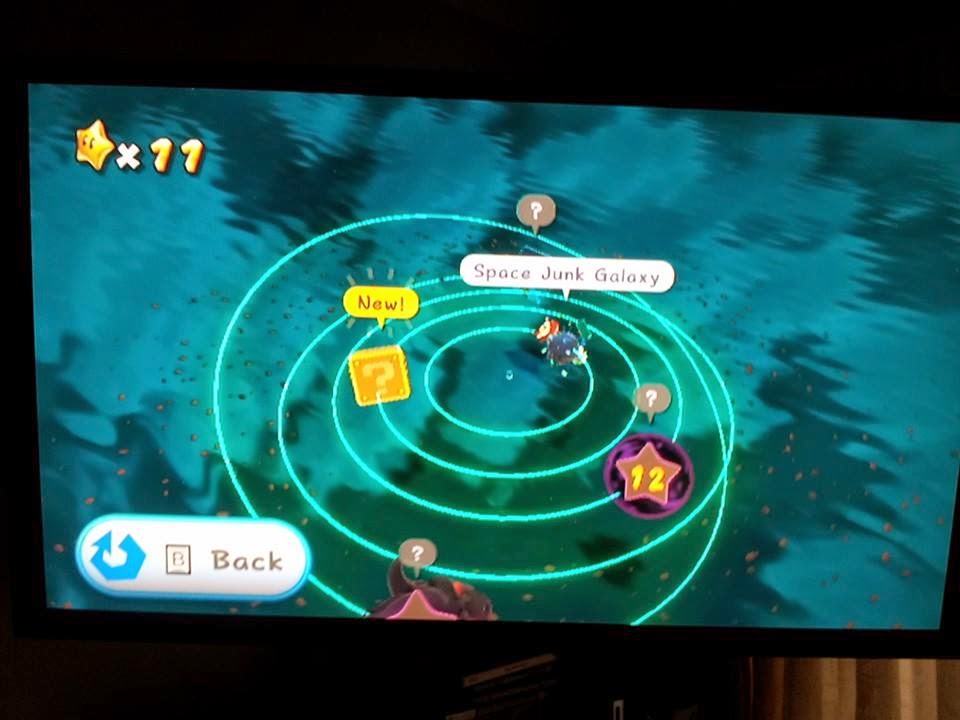 time has done nothing to diminish their Quality. At all.
Just as with Mario64 sometimes the view gets slightly squiffy and you can lose a life. That's it though, can't think of another moan and THIS Troll moans in his sleep.
What does THAT tell you?