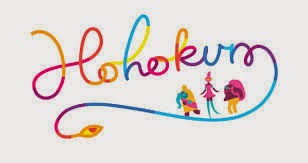 'did I just propagate myself within a psytrance-inspired egg motif before being subsequently subjected to my resultant birth?'

Those were the first two unanswerable questions facing Gamertroll having experienced the first 10 minutes of Hohokum.

Hohokum is not a niche game produced in the abstract hotpot of the Japanese game development scene, but a game made in North London by developer Honeyslug, in collaboration with the artist Richard Hogg. That's not the last of our preconceptions this game seeks to smash. 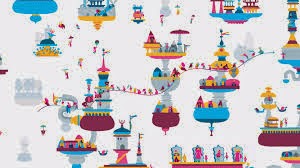 Your interaction is limited, You can choose only the direction and speed of your weird sperm-like protagonist. In essence, the 'game' is a collection of abstract landscapes which you can navigate via portals. in each unique zone you must guide your long-tailed, cyclopian sperm-avatar over interactive elements, often in sequence, to provoke environmental animations and thereby free further cyclopian sperm-chums. These freed chummies swim with you once released in a dolphin-like pod formation, although what additional function they perform continues to elude Gamertroll. 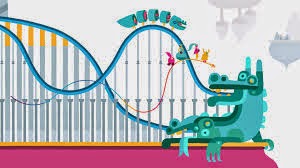 So we're looking at another game on PSN that's been dipped in a bucket of LSD, complete with unique art direction and a satisfyingly tailored ambient soundtrack. Gamertroll would even go as far as to say that it has the best unique music found in a game since 'Fez'.

Is Hohokum a game, in the traditional sense? That's up for debate, but Gamertroll would suggest it is. This is a rarity, a game that firmly fits into the sublime 'Zen genre' with the likes of 'That game company's' landmark games, 'Flower' or 'Journey'. These games explore the a fine line between playing a game and taking part in an interactive experience. 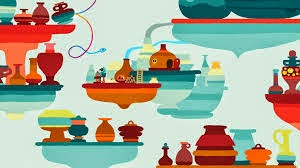 If your Gaming tastes are strictly adhered to the 'run and fetch' mentality, or if your only as cultured as the average X-Factor viewer, Gamertroll would recommend you give this game a wide berth, as It'll sail straight over your head.

If, on the other hand, you're intrigued by exploring what a game can be or ever enjoyed visiting an art gallery, you'd do far worse than give it a crack.

It's not all plain sailing in the land of multi-headed technocolour Orangutans though, Sometimes an elephant comes along and ruins your day (you'll see if you play it). Sometimes your Zen-like journey comes perilously close to indifferent boredom and much worse, Gamertroll even encountered, an interminal black screen where the speakers continued to issue an audible wishy-washy water sound.
..
Hello?
...
Heeeeellloooooooo?
....

That is particularly unfunny in a surreal game like Hokokum. How long do you think Gamertroll patiently waited thinking that it was yet another, bizarre rebirth or something? Too flippin' long's the answer. Had to reboot the bloody console in the end.

Price is not a thing Gamertroll usually would criticise either, but having previously bought the likes of the magnificent 'Pixeljunk Monsters' on PSN for under a fiver, Gamertroll suggests £9.99 GBP is touch fruity for Game built using flash.

Fruity it is, positively ripe even, but ultimately still worth a punt if you like the idea of a game that could broaden your gaming perceptions. 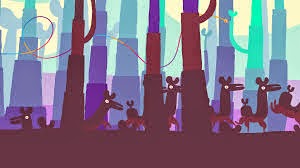 This 'Zen genre' represents an area of Sony's software portfolio that has always been really rather special.
One definately deserving of encouragement. Whether Hohokum should be taken as simply a trippy diversion or a wonderful piece of interactive, digital art, we really should take a chance buying it, just as Honeyslug took a chance in making it.