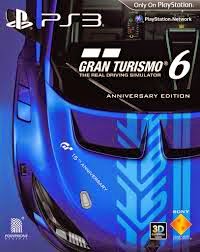 This is a head to head review as these games are such time-hoggers that unless you're driving game obsessed you will most likely only have time to play one of them properly at a time. I'll look at each element in a detailed series of rounds. With any luck by the end it'll be obvious which one is for you. 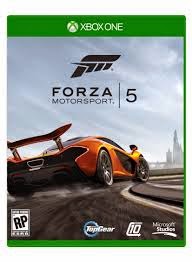 Psuedo-simmy, arcadey race games are traditionally the console staple, with quality, exclusive titles demanded at launch of each and every hardware generation. True to form at last November's launch of the PS4 and XboxOne, Microsoft made sure the latest iteration of Turn 10 studios' Forza was ready to deliver. Bizarrely PS4's promised bundle offering Drive club was, and still is 11 months later, a complete no show. Therefore I will put Forza 5 head to head with PS3's Gran Turismo 6 as it's nearest contemporary. Polyphony digital are no slouches so this will be much closer call to make than you might think.

This is a big job, so without further ado, I'll mush on.

Graphics
FM5 wins by a nose. The Obscenely detailed track surfaces hit you first, then the other subtle improvements like higher resolutions and visceral textures sneak up on you. FM5 even has true mirror reflections of the skyline on the cars bonnet and bodywork. It's a level of detail you don't expect. GT6's less detailed, glossy offerings are no less beautiful however, but when inspecting cars the comparative lack of definition does leave them looking somewhat dreamlike, soft focus siblings to otherwise identical cars in FM5. It's simply a matter of taste how much any of that matters in truth and you have to give Credit to Polyphony digital for making a driving game that is so close in visual quality to another title using the power of the next hardware generation. 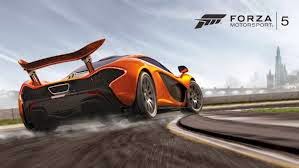 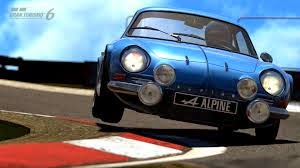 Tracks
Both titles are seeking to accurately render real-world locations and in this it's hard to fault them. Picking a favorite here is purely subjective but for Gamertroll's money GT6's are more dramatic and aesthetically arresting than FM5's comparatively clinical representations. I submit exhibit 'A' - GT6s 'Matterhorn' track as self evidence of it's more dramatic art style.

Car selection
GT6 has far, far more cars, and a more complete and diverse selection at that. Bloody hell, Polyphony digital has even collaborated with the worlds top manufacturers to develop new concepts from scratch, purely to showcase them in the game. How about that? Some of the most breath taking developments in car design this year only exist because of GT6. There's a tough act to follow and whilst the simulation of car ownership in FM5 is more tactile and compelling, it has too many puzzling omissions from it's stable. If it had combined GT6's selection and the excellent 'Forza vista' showroom features it would have been the winner here. Instead, to compound it's failure many of FM5's best motors will cost you money on top of the game purchase price (more on THAT crock later).

Controls/car handling
I won't blather on about force-feed-back do-hickey wheels and other superfluous peripheral driving controllers. I've had them all at some point and they are fun but ultimately toss. Instead I will focus on what really matters: the pad everyone has got.
FM5 makes excellent use the improved XboxOne feedback controller. You will feel a lightness when changing gear or losing traction. Hard acceleration and sudden changes in track surface illicit varying degrees of satisfying vibration, especially through the triggers.
On the other hand Sony's uniform rumbling and flaccid analogues hugely let GT down in this department.

Sound
Namely the games' background Music(BGM) and soundFX. Sound Fx, engine noises in both games are sharp, probably perfect, who knows? It all sounds great anyway. GT6's music is excellent on the menus and in my opinion as thoughtfully selected as it is in all the other GT games. Which brings us to FM5's music..
Consciously noticing Forza's musical score for the first time is like that moment when you catch a waft of excrement and realize somebody nearby has just shit themselves. The preposterously over-dramatic orchestral score is so generic that I can't even tell if there are different tracks or whether it's just the same shit-in-your-ear tune playing on repeat. Candidate for the most ill-advised, Gawd-awful music to ever grace a driving game. Yes, ever.

GT6 is leading 3/2 at this juncture, but with 5 more rounds to go, including campaign modes and online multi-player, it'll be a close call..

<CONCLUDING PART NEXT WEEK>
FOR PART 2 CLICK HERE!!
Posted by Unknown at 13:51