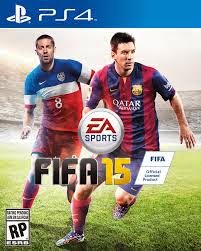 Electronic Art's perpetually farmed-out football game has been a study in replication since it's inception decades ago. Many gamers hold it in high esteem indeed, considering it to be a competitive head to head multiplayer game on par with Street fighter or Tekken. Even so others will have felt repeatedly disappointed that each edition hardly impresses with innovation.

And so it always went, until now.
This is it! The wait is over, it's finally the next gen (current gen?) Fifa game that the fans deserve. Fifa 2015 is a GIANT leap ahead of Fifa 2014, both in terms of graphics and innovation.

The new physics model this year truly represents a revolutionary step forward. Fifa fans will now notice the ball moves with such magnificent grace that you could be forgiven for thinking you'd
just bought a football for £2.50 at Tescos and kicked it in real-life. 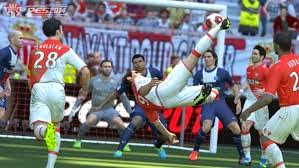 EA has also unveiled the frankly mind-blowing Fibonaci-engine(tm) to generate individual movement between millions of blades of grass. This new technique allows grass to appear crushed under the footballers, in real-time - all rendered at 1900p. Surely the only way to see more lusciously realistic grass would be to go outside and look at your lawn.

The new stuff keeps coming too, there's been total overhaul of the shooting mechanic. The 'Accu-trueshot' system provides more ways to score than ever before. The ball still has to go in the goal of course..

Gamertroll is taking the piss.

There is no Fibonaci-engine. Fibbed.
Gamertroll hasn't played Fifa 2015... and he doesn't have to. There is a metronomic certainty that to all intents and purposes it will be exactly the same as all those that have came before it. He likes watching and playing football, just not football games. Never has.

To Gamertroll, the idea of using a cutting edge gaming machine to play football simulations is like using a Genie to wish for three Bigmacs.

"No, listen, I don't think you understand," says the Genie, "You can have anything you want!"

"You can have 3 sodding Bigmacs for one wish!, you still have two more!", Screams the Genie.

The Fifa gamer thinks about this.. 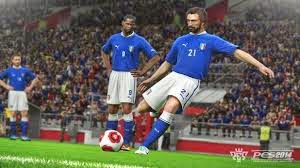 Sure, Gamertroll has owned football games, even collected them to put on a shelf, so he could think, 'hmmm, this Is International superstar soccer pro-Deluxe the last edition made in isometric perspective, nice box art' etc (BTW That's the point where a game collection becomes a disease friends, don't ever go there).
Er.. Sensible soccer was good too..
Urm..struggling..

There's no denying there's a solid playable mechanic there, but where's the imagination? What's the hook? Can these games only have gameplay value in the eyes of some football fans? - Gamertroll knows otherwise perfectly reasonable fellow trolls who get pant-messingly excited over each and every edition of Fifa or PES(The ironically-titled Pro Evolution Soccer). Just Gotta put it down to different strokes for different folks.

I apologise profusely to anybody expecting serious review here - this was the most entertaining way that Gamertroll could think of to politely inform his readers that he regrettably won't be reviewing Football games.

Anybody who wants to Guestblog a review for these games is super welcome to do so and I will publish it pride of place. 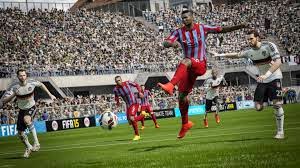 Gamertroll plays almost any genre of game and left to his own devices he will even play around with a mouse pointer, but everyone has a line. EA sports titles are his. If they make one where you can kill the players that could change.

It is Gamertroll's fondest hope that by owning up to this taboo gaming prejudice he won't upset readers who are longstanding fans of Fifa. Aww, come on, you don't need a review anyway, you know exactly what your getting from last year's edition!