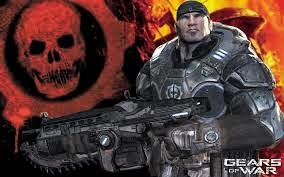 Xbox exec. Aaron Greenberg just visited Black tusk and has stated that progress so far looked impressive. Despite his ridiculously compromised position of utter bias, I choose to believe it as I've played enough Gears of War to know how much quality could be produced simply by loosely copying Gears of war 3. A true, current generation sequel could make game of the year 2016.


The forth game in the series GOW: Judgment is now an infamous modern example of how to bugger up a franchise previous thought impossible to bugger. Other than the campaign mode, the game was an incomprehensibly misguided effort by Epic's sub studio People can fly. Thousands still log in daily online to play Gears of war 3, with only a sad, double figure trickle seen on 'Judgment'. The fans have spoken but will Black Tusk listen? 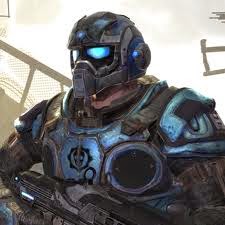 With  Microsoft's recent acquisition the long time franchise development lead Cliff Bleszinski has been emulated with the next best thing, old hand with the Gears I.P. Rod Fergusson (bottom). I think that's some safe hands, with an added bonus that I don't have to listen to Cliffy bleating on about what an innovative firebrand he is. In all fairness Cliffy B did steer the original trilogy true, but listening to him repeatedly claim he just came up with the lancer chainsaw just off the top off his head instead of owning up to ripping the idea straight out of Games workshop's Warhammer 40000 intellectual property chaffed the arse off this Troll. 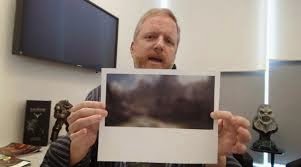 Rod Fergusson holding up a censored screen from Gears of War 4. Thanks for that Rod.
Posted by Unknown at 16:32