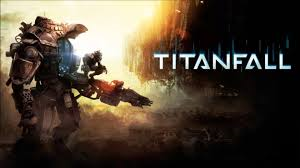 There's no denying it, this game is a looker. Environments are surprisingly detailed and the brutally kinetic clang of metal on metal is depicted with a stunning clarity. If you were Wondering what the fuss is about with these new games machines? Look no further.

Here's the rub though:
Titanfall is an online only multiplayer FPS game and many of you, like Gamer Troll will bitterly regret the exclusion
of a single player or Co-op campaign. The official excuse for this glaring omission is that the Titan's guard dog Artificial intelligence and that of the numerous independent foot soldiers populating the battlefields need to be powered remotely by Microsoft's new fancy pants Azure cloud servers. 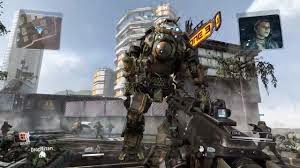 Whilst the game's AI is impressive, I still can't see how that explains why an offline component wasn't conceived of. I suspect that the conspicuous pressure Microsoft heaped on the game's developers Respawn to get it out of the gate before the competition has more to do with it. Another factor has to be that Microsoft's previous/devious plan to make all games on the XboxOne only work when connected to the internet was in full swing back during TF's incubation period. As it turned out, the greedy slags got shamed out of that course of action by Sony, blessed be the Trollmother.
On the subject of the competition; as Respawn hurtled ahead with this project it's a damn shame they couldn't have took the time to glance back over their shoulder; they'd have seen the competition forgot to turn up. 6 months on and no rival game has even emerged from the changing room. 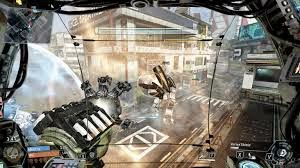 When you take this into account you really have to question why such an impressive game as Titanfall has seen release in this somewhat limited guise. Because it has to be said again that ANYBODY who plays this game will mourn the exclusion of an offline, single player campaign. That's really a not a good start.
To some it might be considered churlish of me to criticise a game for not including something it never promised to provide, but they need to see that a reasonable quantity of content and longevity-enhancing diversions are what we have all come to expect and there is arguably just not enough Titanfall in Titanfall. 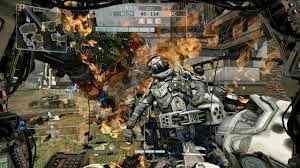 There is a chaotic multiplayer campaign mode which does include a light story element: rebelling colonists headed by frontier Titan pilots are locked in a struggle with the tyrannical Earth government forces who seek to bring them back to heel. It's a functional plot which never really gets fleshed out, like most aspects of the game's aesthetics and that's another shame. You will often find yourself fighting on a world with spectacular wildlife, there may be dragons swooping about or 200ft tall beasts plodding along against the skyline. Colonist's habitats, jungles, deserts, alien dinosaur boneyards and frontier spaceports all feature, each beautifully rendered but never satisfactorily explained. It all smacks of a missed opportunity, there just isn't enough information provided for you to truly embrace the fiction.

Despite these niggles, What Titanfall does, it does extremely well. Achieving a suitable balance between AI Titans, piloted titans, human pilots on foot and AI troop formations must have been harder than putting the moon on a stick. By successfully doing so Respawn has introduced a revelatory dynamic for this game genre. Expect cartloads of copycats in the not too distant future. 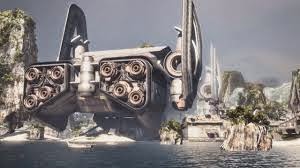 The game sees you fighting in satisfyingly multi-layered conflicts seamlessly traversing between big stage Titan battle to high mobility, low profile foot combat with juicy cross class fighting opportunities naturally presenting themselves. You won't likely want to seek direct conflict with a Titan if you're on foot but you still have many offensive options if you're feeling bold. You could use one of the nicely implemented anti-titan weapons and even jump onto their carapace to perform an exhilarating 'rodeo' attack if you're feeling especially brave. 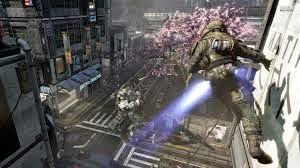 Some ignoramuses out there are labelling TF as nothing more than a Call of Duty clone with giant robots. You shouldn't listen to that ill-informed, erroneous tot. Gamer Troll thinks COD could actually do with giant robots but that's beside the point. These people can't of played this game and that's in a very Freudian sense, what they are really complaining about. Respawn does contain staff from the CoD teams as it turns out but beyond the selection menus and perhaps the foot soldier's basic movement; there are little similarities. Did you see players running up the side of skyscrapers, indigenous dragons, space colonies, star ships and laser smart pistols in COD? I didn't but it appears those pillocks did. 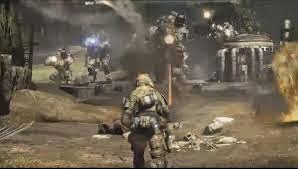 Glad to report the SFX and Orchestral BGM are all of high quality, so no worries there.
Ah, what else? The behaviour of the Titans when not piloted by humans is a pretty nifty piece of programming and worthy of special note, as are the excellently developed double jump wall running antics of the pilots. It's possible to combine these techniques and the wall hanging ability to gratifying effect within the vertically-minded map layouts. You will see players who have learnt how to rarely touch the ground at all. One trick that first occurred to me was to duck back through a nearby doorway after being shot at only to jump up and hang above the inside of the entrance until my nemesis followed through underneath and promptly shoot them in the top of the head! Messy larks. I laughed so hard when that worked, I nearly puked. Expect to be saying, 'Xbox, record that.' A lot. 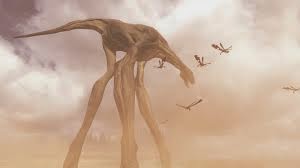 Piloting the Titans is also as empowering as you would expect. You have a three machine classes to choose from, armed with plenty of heavy weaponry and scope for tweaking. I am loath to spoil any of the surprises, suffice to say that in using the titans you will find some of the best in game animations yet seen in a game of this type.

HNnnnnnG!
Ok, I have to mention one example: during my second day of play, an enemy pilot used his titan to punch the cabin open of my own crippled titan before pulling me out and throwing me into a wall across the street like a paper aeroplane - Thwap! Experiencing this sequence of events entirely from the first person perspective leaves you in no doubt that you are double-dead.
I really will stop the spoilers now in case you are half considering to buy the game, my aim was only to point out that there is a quality title here with surprises that you wouldn't want to miss out on as a fan of Sci-fi FPS's. 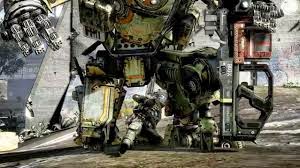 That TF is a quality game is beyond doubt, but is it a 9/10 as it's been marked pretty much everywhere else? Back in March when the I was drunk on it's novelty and before the visually inferior but functionally similar Xbox360 version came out, I would have said yes.
6 months on and Gamer Troll would revise that 9 to an 8.5/10.

Arguably a game of the moment then perhaps, but much like the  legendary Gears of war games' multiplayer modes, TF does have staying power. It is important to note that I AM still playing it nearly 6 months on and thoroughly enjoying it. Don't forget that this IS after all, the only game of it's genre available at present and for the foreseeable future on the new machines; with it's slickly executed multiplayer and high tech swagger it's tough to ignore. If you don't like this type of game, TF won't change that, but If you do, just stop dithering and get it in! 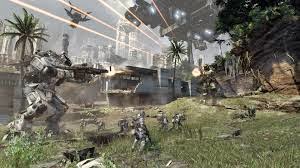 8.5/10
Footnote: The first 2 maps packs have been delivered via the somewhat overpriced 'Expedition' and 'Frontier's edge' DLCs and to be fair, the extra maps do enhance the experience whereas the burn card and black market credits mechanics are only so-so. There's no new weapons or a 4th titan variation - just additional maps, badges, credits and burn card packs which is disappointing.