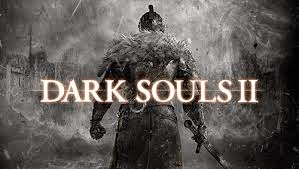 Demon souls on PS3, the first Dark souls game and now this sequel are all progressively finer distillations of a singular gaming concept. What if you could build a combat based RPG, setting it in such a perfectly realized nightmare realm that you could force the player to endure almost any amount of punishment merely to explore it's mournful beauty? In Dark souls 2 From software have truly nailed the execution of this concept.
The games have always attracted high esteem from gaming journalists and sport a rapidly growing cult fan base. Gamer Troll thinks Dark Souls 2 certainly represents the pinnacle of an already magnificent series. Anyone will tell you this first: clocking the game is hard. It's as hard as head-butting your way through one hundred miles of solid granite. Here's the crucial thing though: every inch gained through gritted teeth and dogged determination extends to the player a growing sense of self belief sustaining their push ever onward into the darkness.
Don't presume that being indefinitely reincarnated could diminish the challenge this game poses. You will need to discover carefully placed hearth fires at which to be renewed, found throughout the sprawling, non-linear world to stand any chance at all of navigating yourself through it. 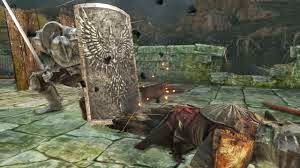 The souls of the title's namesake form the game's currency used largely to boost the abilities and equipped items of your character. They can be found or collected as you slay foes but here's the catch: you will have to carry your accumulated souls until they are spent or otherwise dropped when you are killed. The player then has one chance to return to the spot they perished to retrieve them or they are lost.

There is no limit to how many souls you can potentially lose. If you like to take big risks, get ready for pain. Even using caution it's perfectly possible to lose hours of 'work' simply by falling down a hole you didn't see in the dark. I won't lie, Dark souls IS a sadistic bastard. Masochists everywhere must have been writhing in pleasure in anticipation of it's release. Losing a large quantity of souls could easily feel equivalent to being smacked in the face by a stinking 70lb trout stuffed with nails. I am guessing of course, I couldn't ask the person I did that to. Should have kept off my bridge. 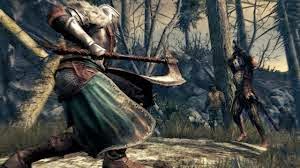 *cough* That brings us to the combat. Unforgiving, precise and as varied as it is customisable. Managing your stamina and the timing of your parries, blocks, strikes and lunges are of paramount importance here if you wish to survive. Countless Character builds are possible with equally broad weapon and equipment sets just ripe to be discovered and upgraded. There's even a blood soaked 15ft spiked leather whip like mine back at the cave. A word of advice, just like real life, don't invest too heavily into anything before testing it out first! 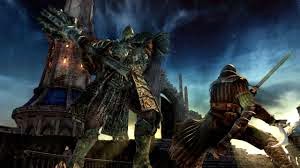 In a bold gamble From software has sought to take the constant death the player faces and turn it into a virtue. Death is expected, the plot now celebrates and incorporates it into the narrative as surely as it fits the mechanic.
'You will die so many times you will no longer know who you are. You will lose everything you hold dear so many times that nothing will matter. ',Cackles a hideous crone soon after you arrive in this cursed afterlife. This echoed warning, the repeated threats of your avatar eventually losing his mind, the willpower and hope needed to continue are similarly the perfect encouragement for the player to take failure and death in their stride if they wish to succeed.
Before long you'll find your resolve as a gamer hardening. You could be cautiously entering a newly discovered area only to be unceremoniously bashed flat by hitherto unseen beast and instead of cursing the game's unfairness, you're actually promising yourself to come back to enact a brutal revenge. 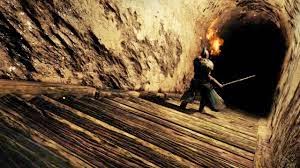 The online features are possibly the most innovative introduction by this whole series and it's fair to say this latest game does it the best of any of them. Ghostly phantoms often appear next to your character or attempt to catch your attention with odd gestures. You will find glowing patches of messages to advise, mislead or insult you. The profound style of this interaction with other human players is so in fitting with the game's fiction as to signify a masterstroke. These initially ephemeral interactions grow in stature later on into the option to enter factions and the ability to physically aid people against foes or invade and murder them in their worlds. This is THE ultimate game for Trolling.
Unfortunately, the rules and mechanics of the online features to this game are unclear to the point of being downright bloody cryptic. Trial and painfully punishing error is the calling card of this game and I have to ask why?
Much of the inaccessibility DS2 presents to casual gamers is pointless, it could easily have been tempered. Typically objects in the game are only explained in the vague, riddle-like inventory descriptions. Do you eat the human effigies or burn them in the hearth fire? Have fun with that.
The daft obscurity doesn't end there. Key objects, whole sequences and locations can be missed purely because you didn't make a further attempt to converse with a non-player Character after a conversation ended. I have heard of a person who played for 20hrs not realizing you could level up because he didn't speak a second time to the only character who can do it. 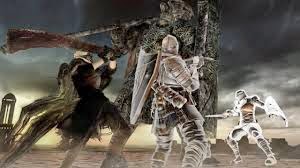 Then there's the leaps of faith - a cardinal sin in game design from yesteryear making a questionable return here also... I know it's just another death but why even go there?
The fact is that the game simply might not be worth the grief for many, the trick being to work out if your one of that many. I once thought I was. The individual temperament and attitude the player brings to this game has much to do with how they will feel about it. As a biliously angry, hateful troll I thought I would be unable to overcome the intense aggravation and frustration you can encounter. I was wrong.
When just starting out in DS2 I thought it was an 8/10 game. At 50hrs I had to revise that to a 9/10. After 120hrs of play, once I had finally found the end boss but not quite defeated it, then and only then I realized it was 10/10 game. My idea of a masterpiece.

As for you, If you would still like to play Dark souls 2,  even after everything I've said, you're just the type of person who is going to absolutely love it. 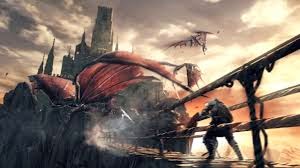 10/10
* footnote: If your quick - the first Dark souls is presently available free to download if you have Xbox live gold subscription.(offer expired). Dark souls 2 itself is due a trilogy of extra story content DLC over this autumn and 'Blood Borne' a true sequel to Demon souls should be released in 2015 for the PS4. Exciting times if you like these games, neh?